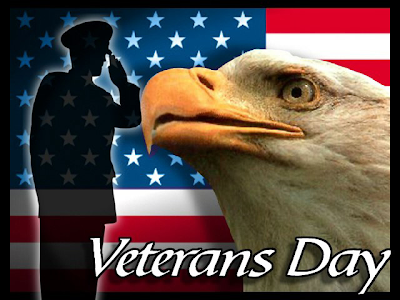 Quote of the day:

"Technology, like the electronic frequency jammers used in Iraq to prevent bombs from being detonated by cell phones or TV remotes, has been successful, but the highest detection rates were still achieved using K-9 units and trained handlers."


Today,  American Humane Association will honor our military heroes – both two- and four-legged – when we march in the New York City Veterans Day Parade alongside six military working dogs and handler teams. One hero joining us tomorrow is Military Working Dog Alik, who retired after eight years of brave service with the U.S. Air Force.
American Humane Association is a proud advocate for MWD Alik, and all of the MWDs and CWDs in service and in retirement. With your support we are doing everything we can to improve the lives of retired MWDs and CWDs.

I hope you will take a moment to watch a short message from actor Gary Sinise who shares our mission to celebrate these hero dogs, alongside the human heroes who have so faithfully served our country.

Your generosity to American Humane Association provides us with the necessary funds to ensure that this conversation receives the national attention that it deserves – won’t you consider a gift today to allow us to continue all our life-saving and life-affirming work in support of our nation’s animals?

Thank you so much for helping us salute our four-legged heroes today! Our close relationship with our nation’s military and its working dogs has spanned close to a hundred years – a feat made possible only because of friends like you.
With gratitude,

We remember today all those humans and animals that gave their lives for us. Have a terrific Tuesday.
Best wishes Molly

We HONOR those who have served our nation.

Dogs are so amazing. Thank you to all the dogs and people who keep, and have kept, this country safe.

Remember Day for all vétérans,•
Have a nice week, greeting from Belgium

The Adventures of the LLB Gang said...

We remember all the Veterans too!
love
tweedles