Be Afraid, be very afraid.

Lying on your bed just like every other night,
There is something that'd give grown men fright,
There's a black figure stalking in the night,
And it won't go away until dark turns to light,
It's the very thing that we all give up breathing,
It's the latest toy it's a werewolf being,
It's so scary and it's breathing in the night,
The creature jumps off and it takes to flight,

You can scream all you want to but that won't scare,
Too small for a dragon but too large for a bear,
Leave your lights turned on and turn up your favorite song,
Call in your parents but they won't help you now,
You've gone to far so you can't get back out,
It's not that silly monster in your closet,
Your Aunt's picture in your heart shaped locket,
No old black magic or any trick of the mind,
It pulls you in and soon you're entwined 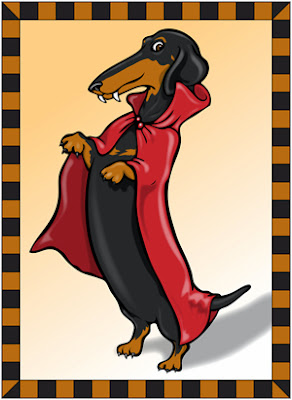 The corpse that walks,
its solemn line.
The vampire stalks,
finds blood to dine.
The werewolf howls
at the silver moon.
His human form
what's showing at noon.
The mummy's cries
of pain and loss.
His wraps that smell of must and moss.
The witch that flies,
upon her broom
casting curses
and spelling doom.
The black cat scurries,
hisses and claws
through the graveyard walks his paws.

In Darkest Woods he Wandered

In darkest woods he wandered,
one moonless stormy night.
The tree limbs made him shiver
reaching out through lightnings light.

The thunder rumbled its deep warning
and spoke of dreadful things;
for he was out on Halloween
with all it's dark heart brings.

His path led through the woods for miles
and eyeballs watched him travel;
He could feel their wicked smiles
while trying hard not to unravel.

Would he live another hour
or would dark forces take him down?
Would they this traveler overpower?
Did he hear hoof beats on the ground.

The thunder clapped the lightening flashed.
The tree limbs reached to slap at him;
He heard the evil cackle while
all his senses seemed to dim.

The rain was in his face now
as the storm just seemed to grow;
he was lying on his back
and how? he didn't know.

The fear engulfed his total being
he couldn't even speak
and all the evil he was seeing
only served to make him weak.

He jerked awake and saw beside him
another frightened form.
somehow they both were now
together in this awful storm.

He looked at her beside him
and said with eyes quite wide;
I don't feel like sleeping out,
I think I'll go inside! 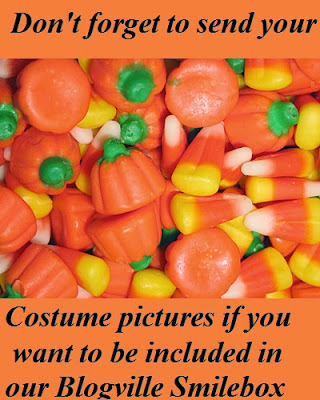 HALLOWEEN RAINED OUT IN HOUSTON

That witchy picture sure is frightening!

We've got rain here today also and really high, high winds! Not too sure how many little goblins will be showing up at our door.

Those are great. Have a tremendous Thursday and Happy Halloween to all your family. Hope it is a spectacularly good spooky one.
Best wishes Molly

It is pretty rainy here also. we don't know how to send our pictures to you mona?
stella rose, mags and gussie

We Wish you a SPOOKtacular HOWL O Ween.

We sent OUR PICTURES... THANKS fur doing that fur us.

Happy Halloween! That was kinda scary.
I want to send in my picture but where do I send it?
Love Noodles

The rain finally stopped here but it is a chilly night for the little trick or treaters.