Today is a very important day for Texas. On this day in 1836, March 2, Texas declared it's Independence from Mexico and became an Independent Nation.
So Happy Birthday to Texas and to all of us who love her. We are Americans first but the struggle to become Texas came at a heavy cost and we will never forget all those who fought to make her free.
Happy Birthday Texas 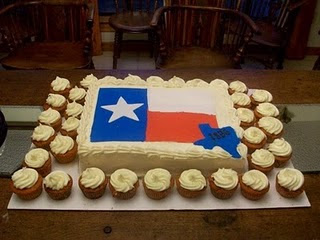 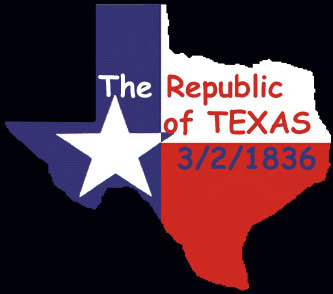 While the fight at the Alamo was being waged from February 23, 1836 until the Alamo fell on March 6, 1836, our leaders were drafting The Declaration of Independence. 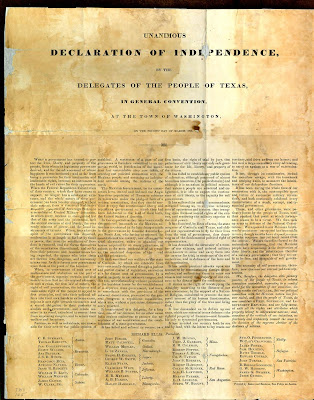 Had it not been for those that gave their lives to give Texans the time to rally, we would would never have become THE REPUBLIC OF TEXAS. While they fought, General Sam Houston was gathering up an army to defend Texas. On April 21, 1836 General Santa Anna & his troops were defeated at the Battle of San Jacinta on April 21, 1836 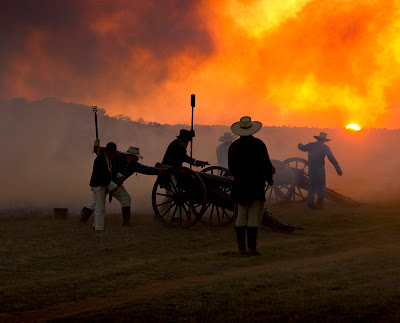 We are proud to be AMERICANS AND TEXANS!! 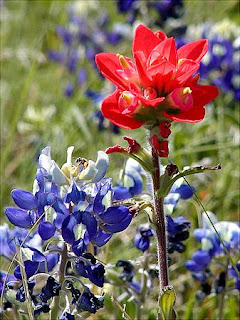 So once more Happy Birthday Texas!!

From the Mommy, a born and breed Texan

And love, kisses and {{{huggies}}} to all from Mona

An Excellent Post!! You have every right to be proud of your grrreat state!!!
Happy Birthday TEXAS!

What a beautiful flower photo!! Happy Birthday, Texas - Mona and her Mommy did you proud today with a lovely post.

Happy birthday my neighbors. I haven't encountered a single californian willing to speak so proudly of our state.
Twink!

NAK and The Residents of The Khottage Now With KhattleDog! said...

What a great flower pikh!

Great post! My momma, grandma, and doggy nanny were all born in TX. So now we have a fun fact to share with them all about their birth place.

Happy birthday, Texas!
Did you get one of those cupcakes, Mona?

Love ya lots,
Maggie and Mitch

Happy Birthday Texas! Even though I have never been there I have heard it's a great State!

Happy birthday Texas! I feel like a bad adopted Texan--I didn't even know about its birthday!

Happy Barkday Texas. I hope your state has a wonderful day!

Happy day to youw Mommi and all TEXANS.That is a lovely post!

I've missed you, of couwse you can take pictoowes fwom my bloggie.

HAPPY BIRTHDAY TEXAS!
I'm proud to be a Texan( Chubs my Pug naughty brother is not a Texan, he was born in Oklahoma, let's send him back there, hehe)
I love the picture header, you have a big grin, happy gal!
Gosh, I've been absent too long, I'm bad but I'm back!
I miss you so much Mona, I want to promise that I visit your blog at least once a week and blog more frequently.
I'll come back to see you soon.
(You don't notice that I have been out a long while, do you? (choking back tears! sob sob!)
Love ya lots!

Hehe, you asked if Snowy and I are still in love?
You mean Crystal, right?
She doesn't pay attention to me anymore, she doesn't call me "my man", now she calls me Mr. Mango.
She dumps me, Mona!
Don't worry, I'll get over it!

Happy Birthday to Texas!! This is a great post and I learnt a lot of Texas' history...

We LOVE Texas!
And you too!